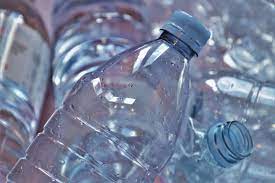 Bioplastic sounds like a welcome eco-alternative to the many plastic products we use daily. But the reality isn’t so simple.

Everyone these days is talking about plastic waste that, instead of being recycled, is floating in the world’s seas. In many hip salad bars, for example, food is now available to take away in bowls made of bioplastics. Problem solved, right?

It might sound rather complicated, but it’s somehow logical: Because biodegradable plastic decomposes easily, it’s not suitable for uses in which the plastic should be as durable as possible, for example water bottles. Researchers at ETH Zurich recently developed a bioplastic called polyethylene furanoate (PEF) that can be used in the same way as polyethylene terephthalate (PET) for water bottles. PEF consists of renewable raw materials and is, therefore, a step forward. It’s recyclable or can be incinerated in a process that’s CO2-neutral. But it’s not biodegradable.

In fact, even “biodegradable” is not always biodegradable. For many of these plastics, it only works under certain conditions. For instance, the EN 13432 standard in use in Europe defines a material as “compostable” if, after 12 weeks in an industrial composting plant in which a certain temperature, humidity and oxygen levels are guaranteed, 90% of the material disintegrates into parts smaller than two millimeters. In other words, this won’t necessarily happen in your home-made compost in your garden.

So far, there’s no evidence that bioplastics degrade in seawater.
That’s why many waste management companies in Germany — the ones in Munich and Berlin, for example — are not at all enthusiastic about the use of bioplastic bags in organic waste bins. In most cities, organic waste is composted for three months only. This is enough to produce fertile humus, but not enough to decompose these bioplastic bags. For this reason, the companies tediously have to sort the bags out. Instead, they recommend you wrap the organic waste in newspaper. The paper absorbs part of the liquid and is good for compost anyway because it loosens it up.

As for the plastic in the oceans, bioplastics wouldn’t make much of a difference. The scientific arm of the German parliament has studied the question and wrote in a report that, so far, there’s no evidence that bioplastics degrade in seawater. It must, therefore, be assumed that just like other plastics, they only decompose into ever smaller particles and become microplastics, but don’t actually disintegrate. And even if the production of degradable plastics were to increase, it would “hardly contribute to reducing the amount of waste from the oceans,” the report reads.

It gets worse. Germany’s Federal Environment Agency takes a very critical view even of plastics made from renewable raw materials. Why? Well, because, ironically, the production of bioplastics from corn, potatoes or sugar cane still requires crude oil, for example for the production of fertiliser and as fuel for tractors.

The cultivation itself doesn’t tend to be organic either, given the use of pesticides, not to mention the usual — at first invisible — side effects, such as too much nitrate in the groundwater. Genetically modified organisms are also often used. And the fact that corn or potatoes are basically used to process food into plastic is also questionable in itself. Bioplastics from forestry and agricultural waste such as sawdust or orange peels are better. In many cases, however, consumers will hardly be able to tell what the plastic they’re using is made of.

The more often you use something, the less important it becomes which material it’s made of.
Bioplastics are also more and more often used to make toys. Of course, wooden toys are preferable but some things simply can’t be made with wood. And if children put bioplastic toys in their mouths, it certainly is less harmful than if they did it with cheap products made from crude oil, isn’t it? Well, not necessarily.

Bioplastic toys are indeed a trend. Lego, for example, no longer wants to use crude oil for its bricks, but sustainable, renewable raw materials instead, which always looks good on the packaging. But even if the raw materials are produced sustainably, in order to make bioplastics resistant and flexible, the same chemical additives are required as for traditional plastics made from crude oil. And nobody has yet researched how dangerous these additives are.

Still, this doesn’t mean you can’t do anything right. There is, at least, one rule of thumb you can follow: The more often you use something, the less important it becomes which material it’s made of. Plastic toys, even from the “wrong” kind of plastic, can be passed on among friends.

When shopping in the supermarket, you shouldn’t take a new bag because in almost every household, there’s the famous “bag with the bags inside” from which you can help yourself. You probably also have a cotton shopping bag lying somewhere. Always have such a bag folded up with you in case you go shopping spontaneously. Prepared in this way, you won’t need a bag from the supermarket, at least not in the foreseeable future. And with a little preparation the previous evening, you won’t even need any disposable crockery from the salad bar.